KKMK Architects was founded by the architects Kate Karagianni and Marina Karamali in 2019.

KKMK Architects engages in projects of various scales, and purposes. Ranging from landscape and building architecture to interior design, set design, ephemeral installations and product design. Our aim is to deliver remarkable architectural solutions, that are designed, questioned and tested as a whole. We bring together every aspect of the building to create unique projects.

As architects we believe that a comprehensive approach should be applied to each project in order to achieve coherence. We envisage each project as a unique ground for developing original and innovative architecture. Close collaboration with our clients is essential to help them build astonishing living experiences. KKMK is a boutique architectural practice that ensures coherent, functional and innovative projects.

Our design and construction procedures are based on the use of cutting edge technology to enhance the traditional means of construction. We have a strong experience in digital technologies such as 3D printing, CNC-milling and laser-cutting. Our designs evolve through computational techniques and our  architecture is highlighted by the ability to comprise our research into the realization of our projects. Our aim is to calculate the most efficient way of accomplish each project and delivering high end results.

We specialize in contemporary architectural design. We find inspiration in natural forms, where simplicity and complexity apply where required. Our intention is to adopt nature’s geometries and structural systems and translate them into a distinctive architecture. The context of each project is crucial for us, in order to develop a solid architectural concept.  Our vision is to blend each project into its environmental and cultural setting thereby suggesting possibilities for new contemporary life changes.

Before founding KKMK Architects, Marina has worked at BETA PLAN Architects and Planners, in Athens, Greece. While there she was involved in a number of different projects, such as the Costa Navarino Hotel Development at Messinia, the Thessaloniki Underground and the Museum of Greek Folk Art in the listed area at the center of Athens.

She also collaborated with RARE Architecture, in Paris. She was involved in housing projects at central London and in a sea-side hotel in Thailand.

In August 2013, she joined the DS10 team of the University of Westminster, to built two pavilions (‘Fractal Cult’ and ‘Shipwreck’) at the Burning Man festival, in the Nevada desert.

Between 2014 and 2017 Marina was an architect at Omniview, in Athens. She was involved in the construction of One Kleomenous project as a supervision architect. She was on charge of multiple projects varying from high-end residential, hospitality, retail  and product design.

Her interest in cutting edge technologies related to architecture has contribute to the practice’s bespoke proposals. Her work has been exhibited at the Benaki Museum in Athens and at the Shape to Fabrication conference in London.

Part of her collaborations before forming KKMK Architects include Barault Architects, TDC, and Omniview. At Omniview, she was the manager of the architectural department from 2013 – 2016. She took part, both in the design process as well as managing projects from initial design to completion of construction. She worked on a wide range of building projects, residential, commercial and interiors, that vary in scale, as well as in international architectural competitions. One of the most well known buildings completed at the time was the ‘One Kleomenous’ in Athens. 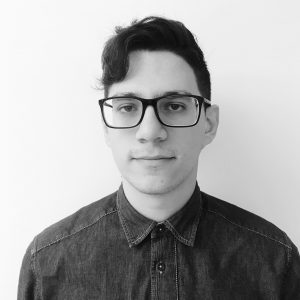 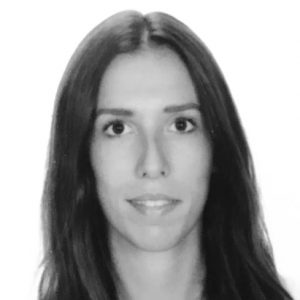 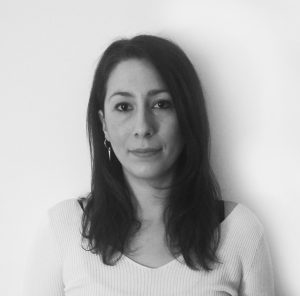